The World Santa Claus Congress has taken place in the amusement park “Dyrehavsbakken” (popular called “Bakken”) north of Copenhagen in Denmark since 1957. Every summer, Santas from around the world attend to WSCC to spread good Christmas cheer, have fun and socialize with their peers.

Meet Santas from all around the world

The World Santa Claus Congress emerged in the middle of the last century by Professor Tribini. He was a legendary entertainer at Bakken, and did not believe that Christmas should only happen once a year. Since the Santas are usually very busy in December, the professor created ‘Christmas in July’ – an event, which now attracts hundreds of Santas, female and male Christmas pixies, elves and many thousands of spectators.

The World Santa Claus Congress is organized by Dyrehavsbakken (Bakken) in close partnership with the Danish Santa Claus Guild. The Congress is finding place at Bakken, the world’s oldest and Denmark’s most amusing amusement park.

Every day during the WSCC, there are parades at Bakken. There will be thousands of spectators who comes to look at the impressive Santas and their families.  On the first day at the congress, we visit Copenhagen where the parade is going through the main street. All three days there will be a parade through the streets at Bakken.
The parade is lead the way by Pjerrot, the master of the guild of the Danish Santas and the pixie of the year. Followed by a great pixie-orchestra with 20 Christmas pixies, all the Santas, and their families, this is a magnificent parade.
It is a tradition, that the Santas hand out presents and sweets to the children they pass by. Bakken will make sure there are sweets to hand out, but you can bring your own sweets – this will make it more fun.

Read much more about and World Santa Claus Congress 2019 and sign up today here: link

Head over HERE to register today. It's completely free! 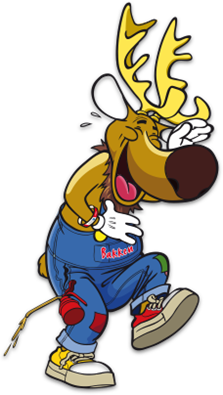